So this is an interesting myth from Tanghalang Philippine folklore. It is fragmentary and incomplete. The short write up of Ibalong can be found here. Many iterations on the internet repeat the story in that link. The epic is still recounted during the Ibalong Festival today. There is even a musical. In short Ibalong fights monsters of the wild to tame the land. Cool adventures of a timeless nature. 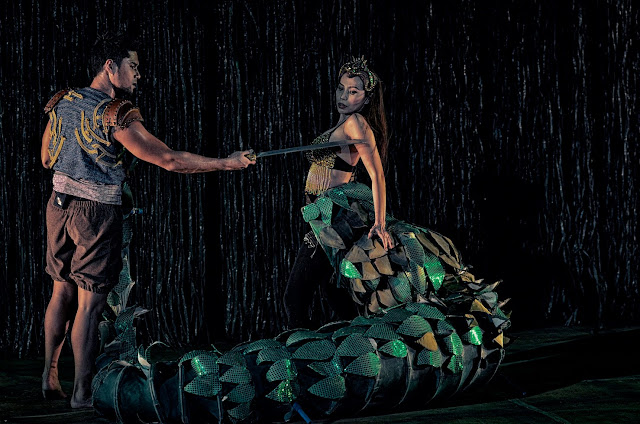 What I found particularly interesting was the slaying of the beast rabot, a  half man half beast creature. Ibalong mourned his passing. Ibalong mourned that passing because it was his last challenge. Afterward came civilization and an era passed away.

I found a monster, the Angongoloo, to be fascinating. It is an ape like creature that can turn men into trees. Nature's way of fighting back I suppose. It could also be interpreted as your subconscious' desire and warning not to remain rooted in a chaotic and wild state. 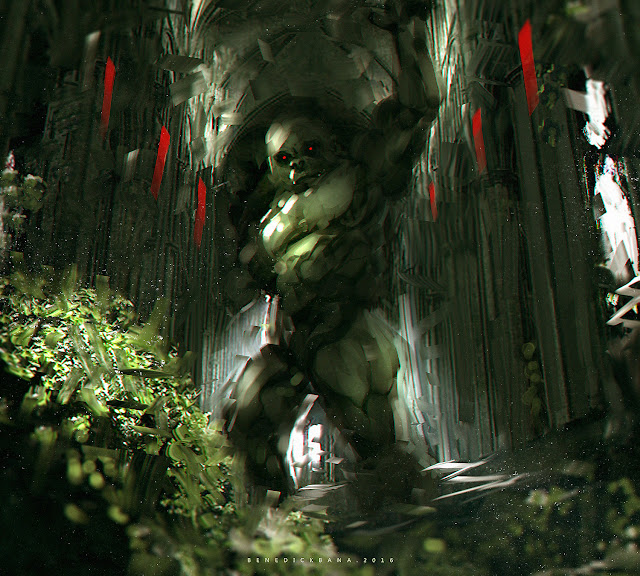