Arg, I should be a better note taker. In any respect, as I recall....

Svetovid is a god (or combination/amalgamation) of Slavic origin. Worship was centered around Rugen in eastern Germany. There is debate about the nature of the god, having little information to go on. That said, the four heads represent war, harvest, planting, and divination. This can be inferred from both the statues themselves, descriptions of statues, and accounts by various observers.

Svetovid carries a bow or sword in one hand and a horn in another. The horn was used to divine whether or not future harvest would be good or bad. It would be filled at some point and checked. If it remained full, good harvests were to come. The bow/sword would represent war. We know that Svetovid was associated with war and a white horse was his messenger. He also rode a white/black winged horse into combat.

"This white horse was also used in predicting the outcome of upcoming wars. Priest would put three rows of spears on the ground outside of the temple and then bring the saddled white horse. If he crosses the spears right leg first, the outcome will be good but if he crosses left leg first, that was bad luck and the war had to be postponed. The horse was saddled and the high priest himself took him empty saddled across the spears which means that it was believed that Svetovid himself is riding him at that moment and that he is communicating with them through horse’s movement." link 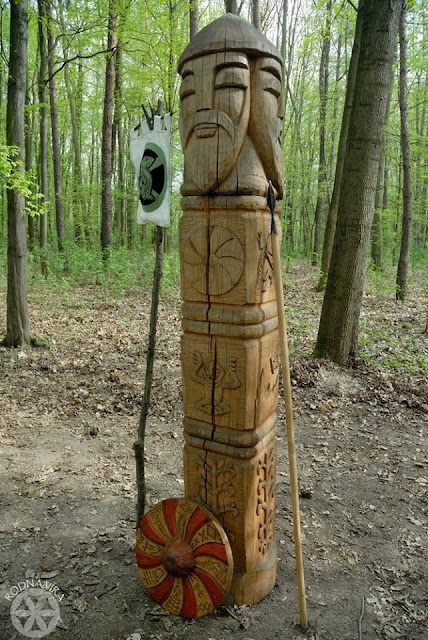 There was a temple in Rugen to which many people traveled to make sacrifices etc. Three hundred mounted warriors were said to always be in attendance. An oracle(s) lived in the temple along with a white horse.

When the Danes raided it in the 1160s, they took away seven chests (?) of treasure and some gold. After the Danes raid and conquest of the region, worship of Svotvid declined to nothing.

I think, from what I can gather, worship of Svetovid probably has its roots in the Indus Valley region. As the influence of that region spread to the nomads of the northern steppes, so too did its religion effect beliefs. The four heads likely represent a number of things. There are four cardinal directions, associated colors, and the heads themselves are all aspects of important elements of the lives of those who lived in the region. War would be important (the horse being a major symbol roots the worshipers in the nomadic horse tribes). It always has been and always will be. Harvest is important, planting is important. Divination is always important.

I could go on, but you get the picture.

OH and we have a book everyone might enjoy. 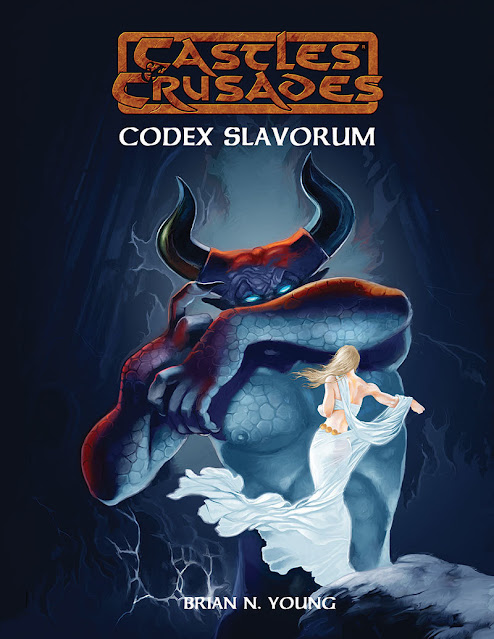