In western Africa amongst the Dahomey, Yaruba (called Shanponna), and other groups, there is/was a deity of pestilence. Specifically, this deity is associated with handing out smallpox.

The tale goes that Sakpata was at a party of the gods. Being frail and missing a leg, he did not join in the dances. However, the gods, feeling a bit distressed at this, encouraged him to join. Sakpata did so reluctantly. His wooden leg gave out or snapped and he fell over. The gods found this funny but Sakpata did not and began smacking the gods with his cane and cursing them with a pestilence -smallpox.

Sakpata was banished and generally only returns during the summer months.

He was later used as the toll collector of the gods. If one failed to give proper sacrifices or repay a debt to the gods, Sakpata would come and curse that person - with smallpox or some other ailment.

Want to get in touch with Sakpata? Bring sesame seeds in your house, use a broom, burn corncobs, or just call his name loud enough so that he can hear you. Be careful though, the gods can be fickle. 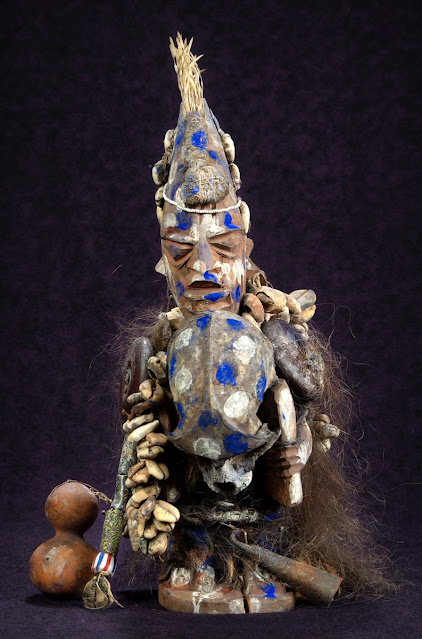 *Sakpata is the name used in voodoo rituals today. His curse is still used in the Caribbean, Brazil, and northern South America. It seems. of late, Sakpata has returned to North America as well.