Perched upon an outcrop of rock, Rheinstein Castle overlooks the Rhine River just north and west of Mainz. First fortified in (roughly) 900 A.D., the castle, referred then to as Feitsburg, served the early German Emperors as a way station and customs post. The Emperor Rudolph von Habsburg dwelt in the castle for some time. Eventually it passed to the Bishop of Mainz as a fief. In time, its upkeep became too great and the Bishop's household allowed it to fall into ruin. In the early 1820s a Prince of Prussia purchased it, rebuilt it and named it Rheinstein Castle.

Rheinstein sits upon a ridge some 300 feet above the Rhine River and is accessible by a small foot path that winds up the rocky slope to the drawbridge and portcullis that guard its interiors. Stout walls surround a main keep, several towers, and a garden that sports a Burgundy Grape Vine some 500 years old. 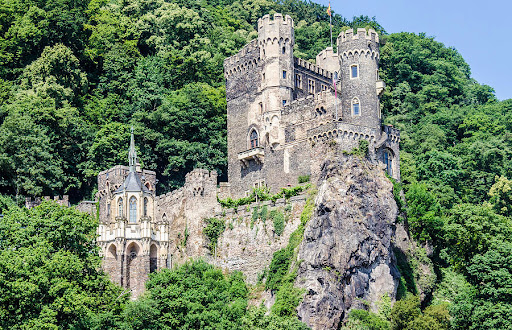 Tis said that many years ago, a poor knight, Sir Diethelm, dwelt there in poverty, his only wealth lay in a possible dowry for his beautiful daughter, Gerda. He sought far and wide for a wealthy candidate.

But Gerda had other thoughts. Wooed by the knight Helmbrecht she fell in love with him and the two hoped to marry. So Helmbrecht turned to his uncle for aid in hopes to pay the dowry. But the uncle played him false and offered Diethelm to pay the dowry but Gerda would be his wife instead of Helmbrecht's. To this Diethelm agreed, happily or reluctantly the tales do now say, but he agreed nonetheless. Such wealth would change his fortune and that of his daughter.

Upon hearing the news Gerda wept, becoming so distraught that the sounds of her grief drew the attention of a water nymph living in the Rhine River. The nymph took pity upon the young maid and upon their wedding day caused the Uncle's horse to buck and hurl him into the river, where he was taken to the depths and drowned.

Thus Helmbrecht inherited his Uncle's fortune and took the hand of fair Gerda in marriage and thus they lived, passing into the history of the castle works. 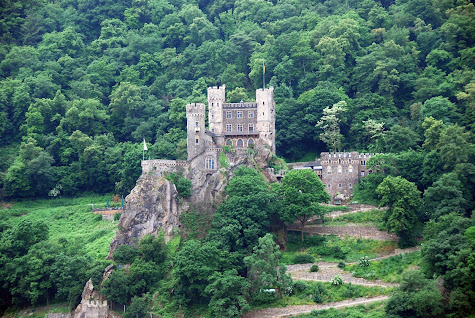 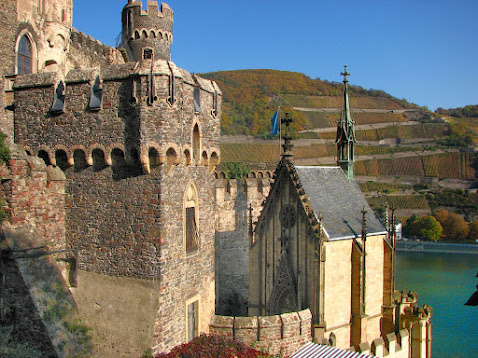 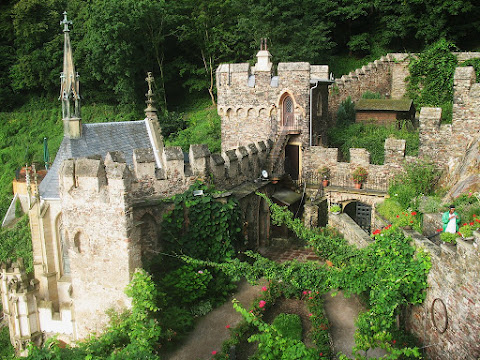 From the High Tower 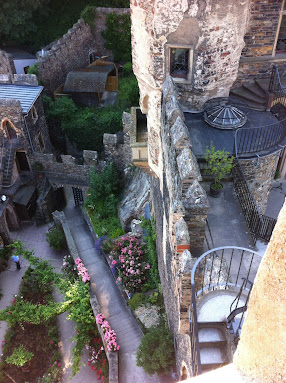 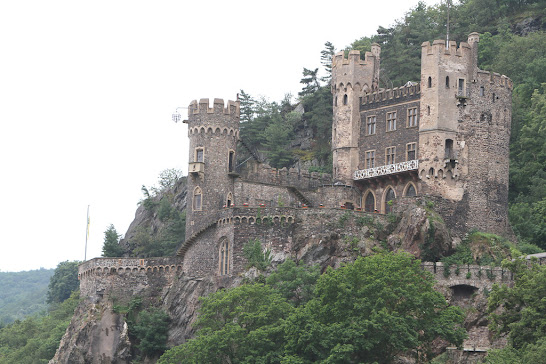 For more detail and mountains of info check out Great Castles!