I was reading my old Warhammer Fantasy (cubicle 7's current iteration)rules. The 1984 edition or something. I still have the book and it is still in relatively good condition. Perusing through it, my mind wandered to things I liked about it and things that did not appeal to me or my players. One of the things I really liked was the wounds system. Over the years I tried to incorporate wounds into whatever iteration of The Game I was playing. It was all to no avail. Or was it? 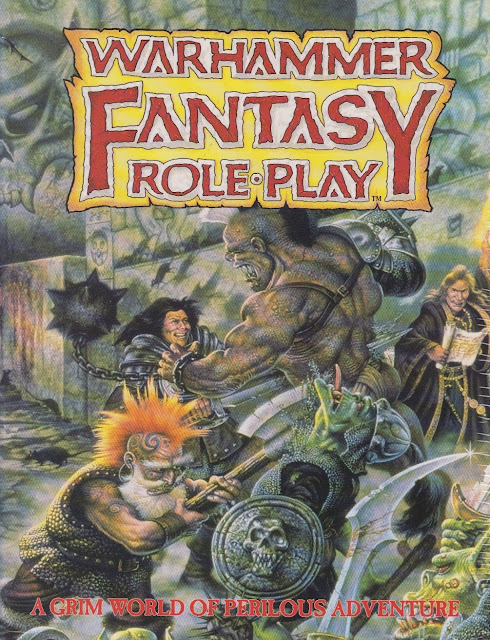 Warhammer Fantasy was my favorite game for a few years. Some aspects of it were not to my players liking so we continued with the world’s most popular role-playing game. Actually, we never stopped. It was high school and we could play four or five nights a week if we wanted and on weekends, we would have twelve-hour games sometimes. Warhammer Fantasy and Rolemaster were the ‘other’ games we played. Mostly my players wanted to be more heroic or have simpler games. I never understood the simpler part and a preference for Advanced Dungeons and Dragons. That was terribly complex game.

I really liked the wound system in Warhammer. In short, all characters only had a few wound points and getting in a fight could be fairly deadly. Much like Basic Dungeons and Dragons starting at 1st level back in the way back days of my youth. Combat became less lethal in Dungeons and Dragons as one advanced in levels. In Warhammer, combat stayed lethal because those wound points never really changed much. At least as I recall. I enjoyed that degree of lethality, not because I received some unnatural joy from watching player’s characters die, but because I never had a scalability problem and fights were not to be taken lightly.

Wounds also had a ‘real’ feeling to them. There was a chart showing where the wound was taken and how that wound might hamper a character’s ability to perform certain tasks. Hit points, on the other hand, don't do that for me. It is just a resource that one has to manage. Don’t get me wrong, hit points serve their purpose well and to date, that I know of, no one has come up with a simpler solution to address both combat and reward for advancement in one little rule. But it does have a scalability problem. 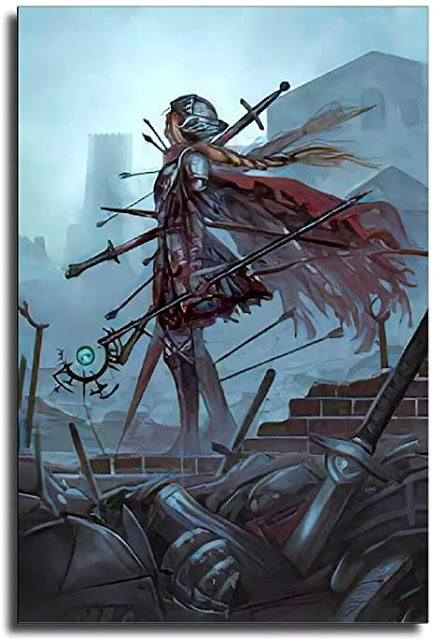 I like the idea of a wounded character suffering in combat or elsewhere because of the wound and that they might actually die. There is a mechanic in the Castle Keepers Guide. The rule layers wounds with hit points and hit locations. The problem here is that a rule like that creates four layers of damage; hit points, wounds, hit location, and effect. Few people want to keep up with that. That level of verisimilitude can become an agonizing grind at the table – especially if the Castle Keeper is using it for non-player characters and monsters.

All that said, it is important to reiterate that hit points do not represent wounds in Castles and Crusades. Hit points represent a combination of stamina, fighting skill, will, and other factors in and out of combat. When a character with 40 hit points takes 6 points of damage, they may be scratched or bruised, or may not. What does happen is that that character is beginning to wear out, their defensive moves worked around, and their will being sapped. As they take more damage, this all piles up until suddenly, after 40 hit points of damage they are done.

I like the idea that when a character’s initial hit points are determined, that is their wounds. As a character becomes more experienced, accustomed to pain, mentally powerful, and better at avoiding the sword thrusts and arrows of combat, actual wounds are not taken. Only as they become nearly exhausted and worn down do the characters take wounds. Yeah, the more I think about that idea, the more I like it. 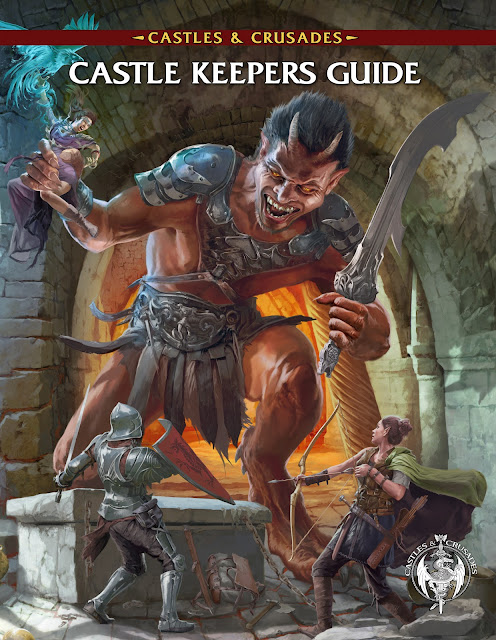