Magic is Horrible – Is there a Better Way

I have a veritable cornucopia of complaints about magic in almost every iteration of The Game in existence. Not so much that I have ever done anything about it but I still grumble about magic. Magic, as it is usually presented, is a potentially massive problem. Not only is this an in-game disaster waiting to happen, but from a meta-gaming or world building perspective, it can also a nightmare. 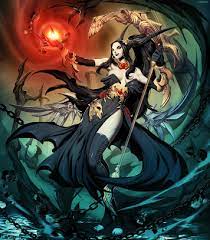 How does magic work? We have no real world analogues to draw from so it has to be created from the bottom up. What role does magic play in the world setting?  How is magic supposed to be used in the game? (That from a game design perspective.) Is it a resource or something else? Combining the elements game design, setting, and the role of magic into something cohesive and workable is somewhat difficult.

That said, the Vancian magic system designed by Gary Gygax is a 100% functional in game utility. But and here is the big but, when one moves outside the game system’s designed use for magic and begin using it in settings and places for which it was not designed, we gets ourselves a problem. Most every iteration of The Game is, at its core, is a resource management game. Everything is a resource to gather more resources, be it gold or hit points. Fantastical elements are draped over this and boom, The Game.

Here is the thing though, resources are primarily spent and gathered in a closed systems (ie. dungeons). The magic resource is designed for that closed system. It is not designed to be used in say, world building (consider farming). If used judiciously one can make it work, but it takes a lot of shoe-horning. Just imagine the implications if that type of magic were real and widely (or even narrowly) used.

Lets take an example. Cure light wounds or similar is found in nearly every type of role-playing game imaginable. It is the stock spell for adventurers going into harms way. It preserves the hit point resource. But what if cure light wounds were used in the ‘world.’ It would more or less be like a Star Trek doctor bed thingy at every corner depending on the percentage of clerics one has per capita. The death rate would plummet and populations everywhere explode (or implode). Whole schools would be devoted to just learning that spell. A 12th level cleric could show up in a small town and essentially erase death from the life equation. And don’t get me going on creating food and water. Farming could become obsolete 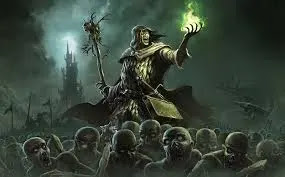 One could limit magic in the setting by just reducing the number of those who can actually use magic. For example, only the topmost .001% of the population even have the capacity to use magic. (corrected - thanks Adam t nevertheless cannot resist saying that 0.1% is one in a thousand, and that 0.001% is one in a hundred thousand) . That would be one person in one thousand. Now if you spread those percentages out through all character classes, leveled NPCs, and start crunching numbers it all breaks down or become ridiculous.

Or I could go with something different. Yeah, yeah, I'll do that because why not break what works