Word of the Day -- Ziggurat

This is one of those words that you just have no idea what it means, even guessing.  A lot of the times I can tell from the base at its derivation, but not for:

Ziggurat -- an ancient Mesopotamian temple that resembles a pyramid having successive stages with outside staircases and a shrine at the top. The word is used figuratively for any structure having stages or steps. ~ Merriam-Webster

French professor of archaeology Francois Lenormant spent a great deal of time poring over ancient Assyrian texts. In those cuneiform inscriptions, he recognized a new language, now known as Akkadian, which proved valuable to the understanding of the ancient civilization. Through his studies, he became familiar with the Akkadian word for the towering temples: ziqqurratu, which was translated into English as ziggurat. 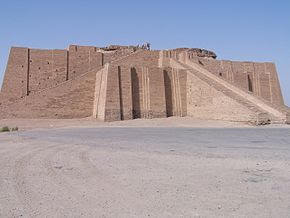