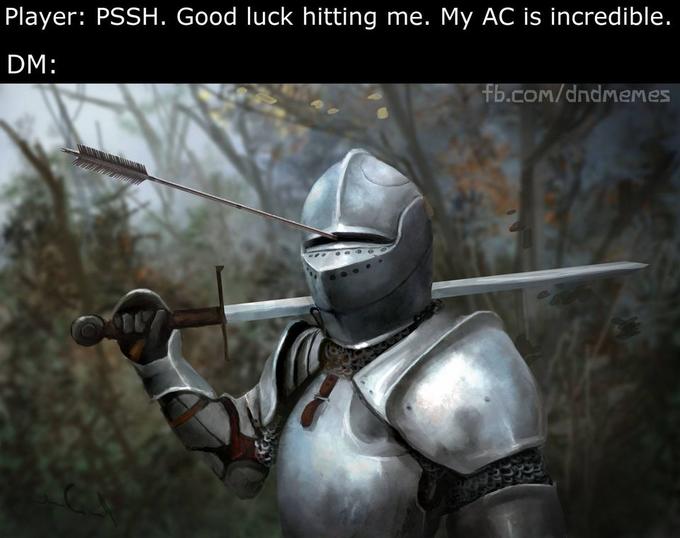 I like damage reduction for armor. It has a nice feel to it. Armor is, I think, for the most part the last line of defense when in a fight. It is passive in nature and not actively used in offense or defense. It is, more or less, the last line of defense. Once the armor has been struck all other defensive moves have been used. Parrying, dodging, deflecting, etc. have failed. The blow is struck. Now it’s the armor’s turn to do its work to mitigate any damage from a blow. Sometimes it works well, other times, not so much.

Damage reduction for armor feels more real to me. The static nature of combat all feels a little too contrived at times. Though it is functional, useful, efficient, and an excellent mechanic, the ‘to hit’ roll and armor class have always felt a little ‘off.’ One of the reasons is that it is basically a mechanic derived from chit-based wargames. The mechanic is wonderfully functional with board games or representation of large-scale battles.

I think maybe since I began playing chit-based wargames before Dungeons and Dragons, the mechanic seems to fit in one area more comfortably than the other. It’s the same with a deck of cards. The cards belong at a blackjack table, not on a roleplaying game table. This, of course, is also age. One of the joys of getting older is realizing what an old coot one is and how one becomes locked into a certain path of thinking.

So, the hit point and AC mechanics have always been a little off in feeling. This is why I tried several other games over the years like Warhammer, Rolemaster, Runequest, and others. All had differing methods of handling hit points and combat. They felt more real in many respects but also became a little unwieldly and slow. My players never cottoned to them either. The thing about AC and hit points, its easy and efficient and adequately does what it is supposed to do.

The problem with damage reduction is all the extra record keeping. That extra step may just be a step too far. The further one moves away from abstraction and into the real, the more bogged down the game, or the moment, can become. It has the additional problem of creating a spiral of reality checks whereby more and more and ever more detail start to get added to the game. But I really like damage reduction.

So here are the damage reduction rules. 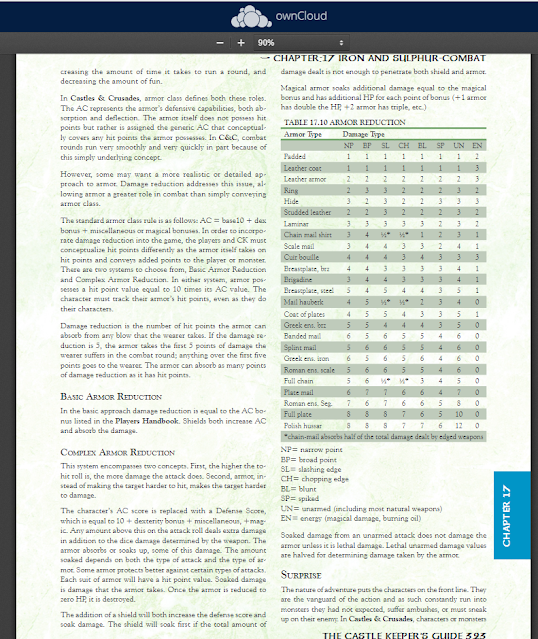 I will, perforce, come up with a different set of rules. So be prepared for 100 different iterations of damage reduction rules that will….

NEVER EVER BE USED BY ANYONE.