Word of the Day -- Rebus

A rebus is an allusional device that uses pictures to represent words or parts of words. It was a favorite form of heraldic expression used in the Middle Ages to denote surnames.

For example, in its basic form, three salmon (fish) are used to denote the surname "Salmon". A more sophisticated example was the rebus of Bishop Walter Lyhart (d.1472) of Norwich, consisting of a stag (or hart) lying down in a conventional representation of water. The composition alludes to the name, profession or personal characteristics of the bearer, and speaks to the beholder Non verbis, sed rebus, which Latin expression signifies "not by words but by things". 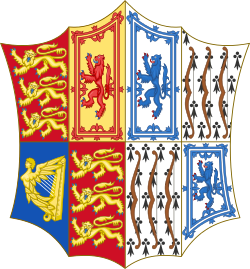