We did a kickstarter to bring all these to life not too long ago.

With that in mind we've been  hammering away on the Lands of Ursal map, bringing it up to speed and hopefully print ready in the next week or so, that way we can get it out to backers sooner rather than later.

If you want a nice preview of the world you can pick up one of the remaining copies of the soon to be discontinued After Winter Dark Folio, the precursor to the Codex of Aihrde for 10 bucks. 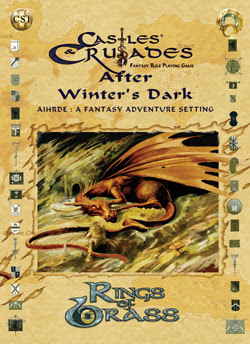