There Are No Myths But The Myths

(Foremention: All my asides, missives, digressions, and inanities will be appended as footnotes at the end of my writing. For the most part anyway. Ignore them at your leisure.)

The word myth has always sat lopsided with me. Its meaning contains both too much and too little and not just enough. It is used as a meager honorific and a dastardly pejorative. I think most of us use it in the same manner most of the time or at least understand the intent when another uses it. (3) That said, it does not do its most common application justice. Myth implies a lie, a dissimulation, a falsity, almost a neanderthalic (4) set of beliefs about the world. 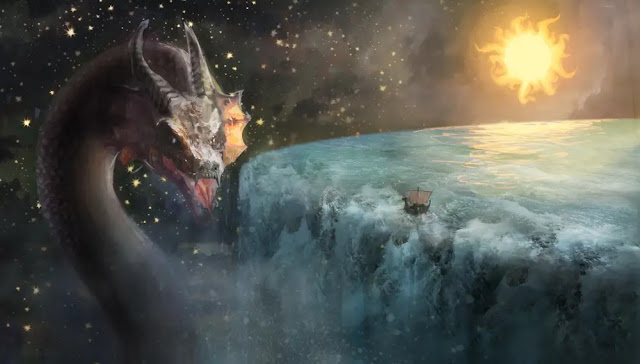 All that aside as it is not germane to the discussion at hand. (5)

Are there Myths in your Game? (bold) 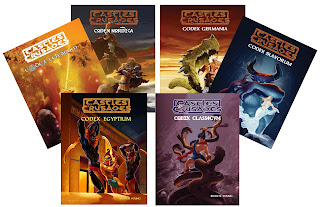 FYI, we have a mythic series. You will really enjoy it. Link here. I also wrote (I keep forgetting this) Gods and Legends.

Are there myths in your game? Can there be myths in your game? I would hazard that all things are possible in the gameverse, so let’s just say yes and yes. But remember, if one uses the common understanding of myth, it only applies to something ‘not real.’ (9) So, what is considered myth here is not myth there. 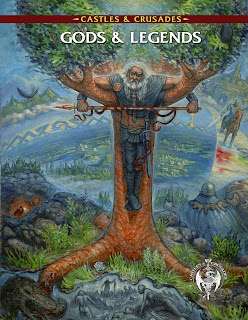 A myth would be a belief in something doing something that ultimately turns out not to be the case. (10) For example, X deity doing Y event never actually happened and, in fact X deity does not exist and Y event never even happened. This could be anything from a poorly remembered and recorded event to an intentionally misremembered/recorded event to prop up some system such as donations to a temple or obeisance to a lord of the realm who claims divine blood. The big reveal of an adventure or story arc could be the discovery of a myth or intentional contrivance. (11)

My point to this idle ramble is that perhaps, as Masters of the Game, the Keepers of the Castle, and stuff, we need to rethink what a myth is and how it works in the worlds we run and the players adventure in. Take a look at yesterday’s blog post (LINK IT). Artemis was angry that she was not properly worshipped and she acted on that anger. That would happen in the gameverse. The deities are not a myth. Their actions are real. On the other hand. Take the myth of the Fouke Monster down in my neck of the woods. It does not exist. In the gameverse, a Fouke Monster (12) may not exist as well but everyone believes it to exist.

1 By redefine ‘myth’ I mean dispense with it altogether. I think we all understand sorta generically it refers to stories about gods and stuff, that a myth describes something that is not true, falsely explains certain events, and yadda yadda. Myths are actually much more than that. Myths are chthonian and are as true as any other contrivance in explaining events or phenomena in our universe.

2 Let’s just agree to call it “Our Game”

3 Which completely contradicts my opening sentence. Nevertheless, I shall sally forth into frothy waters.

4 Not sure if that’s a word. If its not, it should be. Actually, probably not in the manner I am using it.

6 I am, if nothing else, committed to noncommitment.

7 I like making up words. Here is one, constabulate. That would mean a constable of some similar office holder of the ‘public good’ making pronouncements, rules, and judgements commiserate to their power but not necessarily within the pervue of the appointed powers of their office. Constables and others constantly constabulate to affect more power over those they ‘serve.’

8 I think this whole discussion of myth in my head started with what to name the upcoming book on monsters of myth and legend. I was really thinking of a title and did not think myth belonged in in it. I’ve moved on from that now. Let us see where I land. Maybe back to the question, maybe somewhere else. Can't say, not knowing.

9 Not real in the sense that X deity did Y event in our world.

10 Disregarding, for the moment, the previously mentioned idea that myths are as true as any other belief in explaining the world’s workings.

11 Returning to the elemental truth or utility of myths, one could run with the discovery of falsehood and revelation to a populace who adhere t0 that belief. Since commonly held myths are a social glue and set of instructions on how to behave, the destruction of the myth could cause a social breakdown, revolution, and yadda dadda. Just run with it.

12. There is even a documentary. I worked in Boggy Creek for a year. I never saw a monster but I did decide to move out west to the high desert after I was done.