For a long time, a singular aspect of The Game we all play has tickled the back of my mind. “Nothing is worse than having an itch you can never scratch.” (3) I have ignored the tickling as long as I can. I must confess a critique of The Game. In short, and with no more delay, I forthwith and finally declare, with a tiny bit of apprehension, that…. 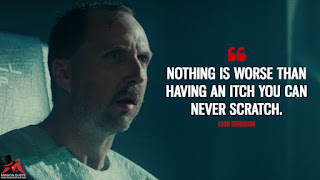 The legendary monsters presented in nearly every rendition of the game are presented wrong! This is something I intend to fix even if it does not need fixed. Paging Robert Burns. (4)

When I first read through the Dungeons and Dragons Monster Manual (not to be confused with the Castles and Crusades Monsters and Treasure, which you can purchase here) in the late 70s I was a bit taken aback by the Medusa. I had been playing for several years already and thoroughly enjoyed myself and playing The Game. I used everything from goblins to gods in my games. So the Medusa in the MT should not have set me aback. But it did. 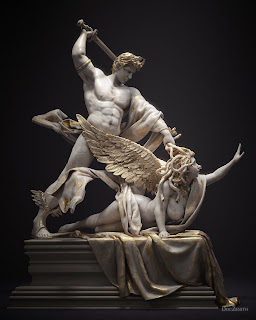 I can’t recall if the original brown box had the medusa in the game, but it matters little to the point (5). The point is that the Medusa was treated as a random type encounter, something that could be found anywhere and everywhere. It was, all in all, nothing more than an orc with more hit points, better armor class, and some magical abilities. At least that’s how I saw it, or that is how I came to see it. (6) The Medusa, or should I say, Medusa, could be so much more.

You can read all about the Medusa on some Wikipedia article. (7) Medusa was one of three sisters. Stheno and Euryale were the others. They variously did stuff but were called the Gorgons (Gorgones or something in Greek). The were unique. They were special. Medusa is the most special of them all. Special in the sense that a whole story revolves around her. (8)

And here is the point. Medusa was unique and should not be a monster encountered on some random deserted island or stuffed in some twisty dungeon for the players to have a boss fight. She is a mythic beast, a legendary creature, something special. 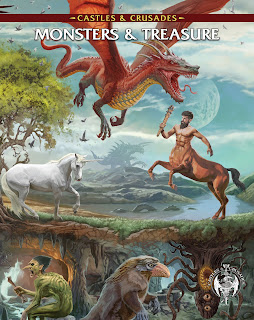 And I intend to treat her as such. (9) I will pull her out of the Monsters and Treasure Look left at the cover and which you can purchase here) and move her to a new book and recreate her as a legendary monster. I plan to do that with a lot of monsters in the book. Now, that does not mean you can’t meet mini-medusas or some such, but they will not be called Medusa and will not have those powers.

So for those of you out here who read this, be aware, I have a plan.

Sorry about the mess below, not sure what happened, not caring much either. hahaha

3. 3. Leon from Blade Runner. If you have not seen this movie, please do. (Source: my memory and then a meme, and a movie of course.)

4.  4. Nearly every Scotsman I have met sees the world in bleak and dismal turns. Perhaps it’s the weather.(Source: Steinbeck and thence to scratching my head. Nope, not Steinbeck. Head scratching. Then, “Oh, that Scotsman” who wrote Auld Lang Syne! Google then Wikipedia then a quotable quote with image.)

5.  5. I didn’t research this but assume that it did (Source: Poor research.)

7. I read the Wikipedia because I forgot the names of Medusa’s sisters. I also learned a bit (Source: Wikipedia and not something learned or reliable. Nevertheless.)

8. It is a good story involving love, envy, revenge, hate, murder, etc. Your typical Greek flavor. Its worth a complete read-up. (Source: my ill-kempt memory and Wikipedia only inn this case.)

9. I am reminded of a saying by Maimonides. “All the great evils which men cause to each other because of certain intentions, desires, opinions, or religious principles, are likewise due to non-existence, because they originate in ignorance, which is absence of wisdom.” I had to look that up. (Source: Boy was I off the mark on this one. I had the general idea but had forgotten like 99% of the quote. I think I will stick with Forest Gump. If you don’t know who Forest Gump is…  Run.)

PeelSeel2 said…
Haahhahahahh! Out of madness comes brilliance or brilliance leads to madness?? Looking forward to either.
6:52 PM