A few of these original Erde/Aihrde maps surfaced on our discord channel.

This product was printed in 2000. We had 2000 made I believe. They came to us wrapped in paper, unfolded. We weren't clear on what to do (didn't have a supplier of cardboard tubes yet). So we hired a company to fold them and then Davis and I hand bagged them all, and put those labels on by hand.

It sold well, we eventually sold them all but about a dozen. The last few hundred were tubed. Weirdly in about 2004 or 5 or 8 or some such, I stopped by a flea market in bum $*#^ no where Arkansas and spotted two of them on boards for about 20 apiece. I bought them both, telling my wife, "I was bringing them home!" One is framed on my office wall even now. 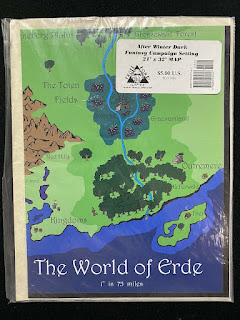 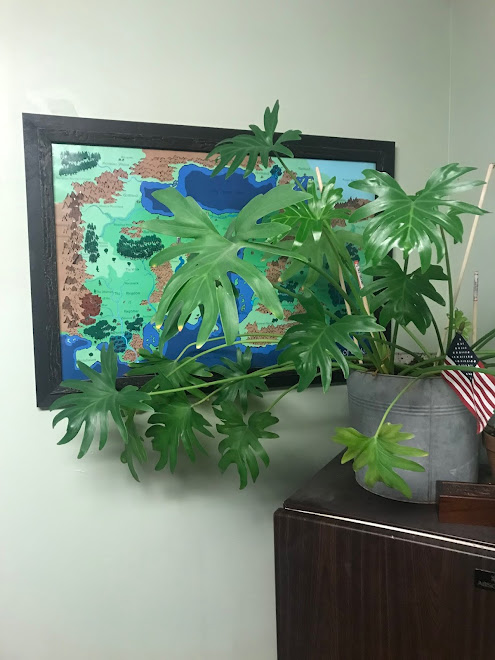