Word of the Day -- Oubliette

A dungeon is a room or cell in which prisoners are held, especially underground. Dungeons are generally associated with medieval castles, though their association with torture probably belongs more to the Renaissance period. An oubliette is a form of dungeon which is accessible only from a hatch in a high ceiling.

An oubliette (from the French oubliette, literally "forgotten place") was a form of dungeon which was accessible only from a hatch in a high ceiling. The word comes from the same root as the French oublier, "to forget", as it was used for those prisoners the captors wished to forget.

The earliest use of oubliette in French dates back to 1374, but its earliest adoption in English is Walter Scott's Ivanhoe in 1819: "The place was utterly dark—the oubliette, as I suppose, of their accursed convent." 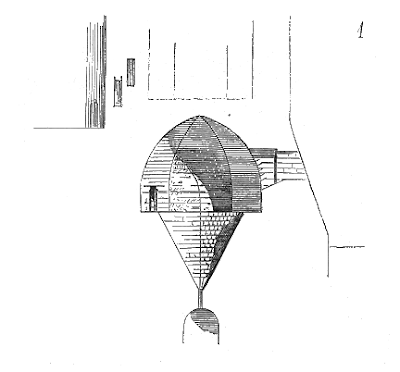