Posted by Troll Lord on December 07, 2015
Apparently they recently found a wizard's wand in a tomb in the Levant. Crafted of lead that originated in the Anatolia means that the wand was either crafted in modern day Turkey or the lead was carted over the deserts of Syria (not sure they were deserts then, there was a time that the Levant was heavily forested). 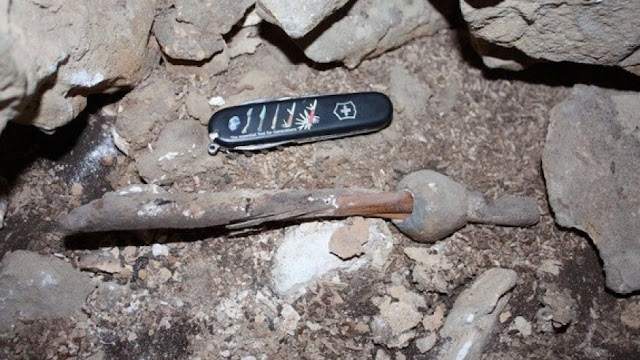 Post Script: I'm not sure why I begin all these archaeologist articles with the world "apparently", as if I doubt the validity of the article or the ability of the archaeologists in question. I should defer to these people more often.

Sean Robert Meaney said…
Are we sure this is a Wizard's wand? Perhaps it's a mace (lead weighted club) or a plumb bob a lead weighted stick that comes with a string to determine vertical.
2:28 AM