Posted by Troll Lord on December 18, 2015
Archaeologists claim to have found where the stones from Stone Henge were quarried. They believe they found the quarry in Wales and that the stones were pulled out of the ground in 3200 BCE, some 500 years before they were actually set up at Stone Henge, 2900 BCE, where they are now.

One theory is that the stones were pulled from the ground, set up and then later dissembled and hauled several hundred miles to their final site. This is possible I suppose, but in a climate of everyone babbling about cultural appropriation it seems a bit too in sync to me. A theory posed for a previous time using our own mores and beliefs.

Another theory is that they took 500 years to drag them as far as they did. In a prehistoric society I think asking for 500 years continuity is a bit much.

The first I can buy, the second seems far fetched. 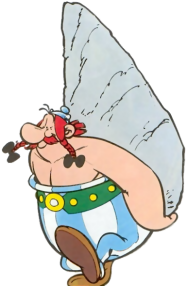 Steve Blunden said…
Prefer your third suggestion - there was someone like Oblix ...
12:45 PM

Steve Blunden said…
Prefer your third suggestion - there was someone like Oblix ...
12:45 PM