Word of the Day -- Tyrannosaurus

Tyrannosaurus means "tyrant lizard," from Greek tyrannos (τύραννος) which means "tyrant," and sauros (σαῦρος) which means "lizard") is a genus of coelurosaurian theropod dinosaur. The species Tyrannosaurus rex (rex meaning "king" in Latin), commonly abbreviated to T. rex, is a fixture in popular culture. The T. rex lived throughout what is now western North America, which then was an island continent named Laramidia. Tyrannosaurus had a much wider range than other tyrannosaurids. Fossils are found in a variety of rock formations dating to the Maastrichtian age of the upper Cretaceous Period, 67 to 66 million years ago. It was among the last non-avian dinosaurs to exist before the Cretaceous–Paleogene extinction event. 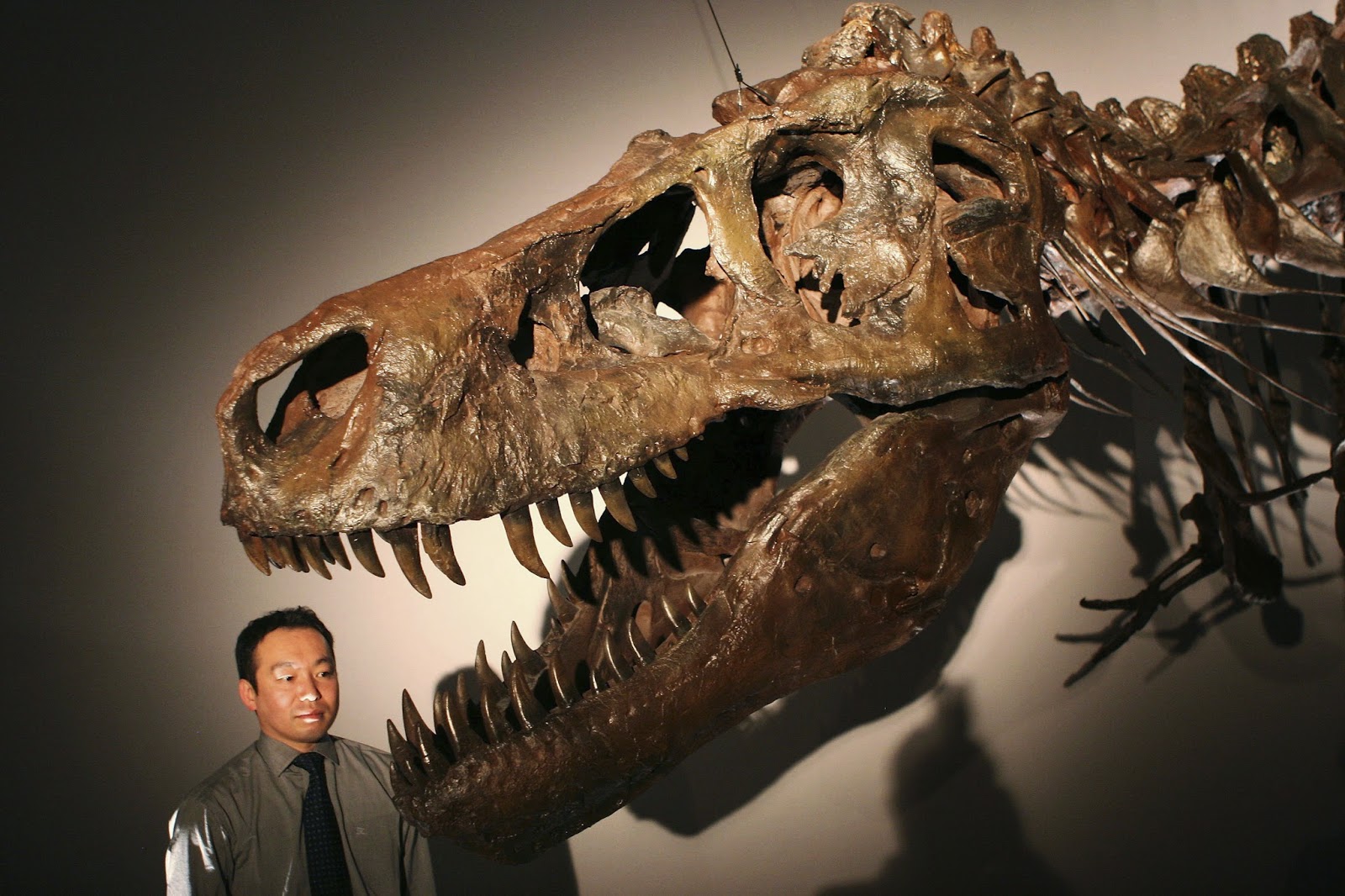