I can't remember the first isometric dungeon I saw. I think it was in Ravenloft. Not sure. It could be that Ravenloft is the one I remember. In any respect, it left an impression. I recall trying to make isometric dungeons for my games, but having little artistic skill, did not understand the process so they kept falling flat. it then occurred to me the players would never see them until after the game and it would be a pointless waste of effort to make them. I chose poorly. I still love isometric dungeons. So I am giving them a whirl again. But who gets to see them? 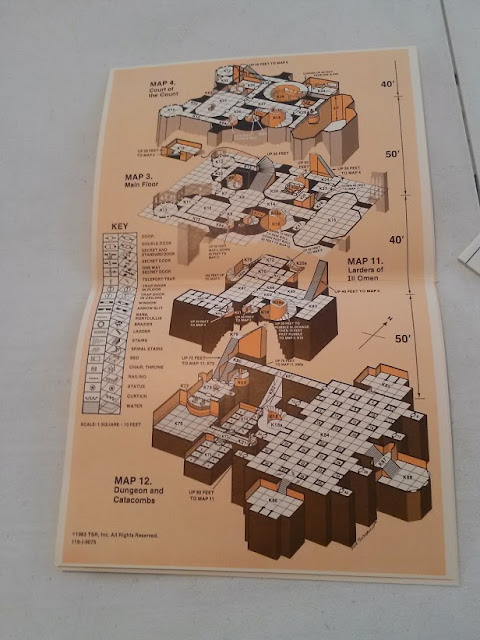 What I decided to do was draw small dungeons for our followers in Patreon. One map would be a technical 2d map and another my effort at an isometric dungeon. I do not have a lot of time to devote to the latter, but we shall see how I progress over the years. I welcome all criticism and advise on making these.Now on to the maps and dungeons.

Steve and I were discussing what it is either of would want or need the most when running games. Without a heartbeat Steve said random dungeons or encounters. Something short and sweet he could throw into an evening's play with minimal investment of time, effort, or energy. I have been writing these one offs and short encounters for 6 months now (more or less) for our patreon account backers. I think there are forty or so now. Some of these had dungeons, others just text.

I am going to mix them up now. My goal is a dungeon one week with nothing in it. Basically it will just be a map with its current situation sans monsters and such. These are empty dungeons with the briefest descriptions of rooms. The Castle Keeper would have to supply the monsters or whatever might be inside the dungeon. In this manner the dungeon can be used for any level party. I will add an additional isometric interpretation because, well, because I am wanting to do them. These will only be available through patreon.

Then the next week would be an encounter much like the one's I have done previously. I am changing one aspect of the encounters by not giving them a place per se. Rather it will be a description of a group of creatures or a single creature/monster and what its habitat is and how it goes about its dirty work. I will also mix demi-human, human, and humanoid NPCs into these. And on a final not, I am going to attempt to put together random encounter charts on occasion. These would be collected and constantly adjusted so everyone in the patreon would get the updates.