In medieval Gaelic and British culture, a bard was a professional poet, employed by a patron, such as a monarch or nobleman, to commemorate the patron's ancestors and to praise the patron's own activities. 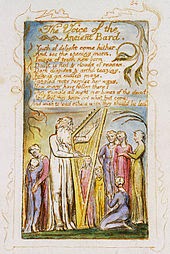 Originally a specific class of poet, contrasting with another class known as fili in Ireland and Highland Scotland, with the decline of living bardic tradition in the modern period the term "bard" acquired generic meanings of an epic author/singer/narrator, comparable with the terms in other cultures (minstrel, skald, scop, rhapsode, udgatar, griot, ashik) or any poets, especially famous ones. For example, William Shakespeare is known as the Bard or the Bard of Avon.

The word is a Celtic loan word from Scottish Gaelic bàrd, Irish bard, Welsh bardd. In Scotland in the 16th century it was a derogatory term for an itinerant musician, but was later romanticised by Sir Walter Scott.

In medieval Gaelic and Welsh society, a bard (Scottish and Irish Gaelic) or bardd (Welsh) was a professional poet, employed to compose eulogies for his lord (see planxty). If the employer failed to pay the proper amount, the bard would then compose a satire (c.f. fili, fáith). In other Indo-European societies, the same function was fulfilled by skalds, rhapsodes, minstrels and scops, among others. A hereditary caste of professional poets in Proto-Indo-European society has been reconstructed by comparison of the position of poets in medieval Ireland and in ancient India in particular.

Bards (who are not the same as the Irish 'filidh' or 'fili') were those who sang the songs recalling the tribal warriors' deeds of bravery as well as the genealogies and family histories of the ruling strata among Celtic societies. The pre-Christian Celtic peoples recorded no written histories; however, Celtic peoples did maintain an intricate oral history committed to memory and transmitted by bards and filid. Bards facilitated the memorisation of such materials by the use of metre, rhyme and other formulaic poetic devices.